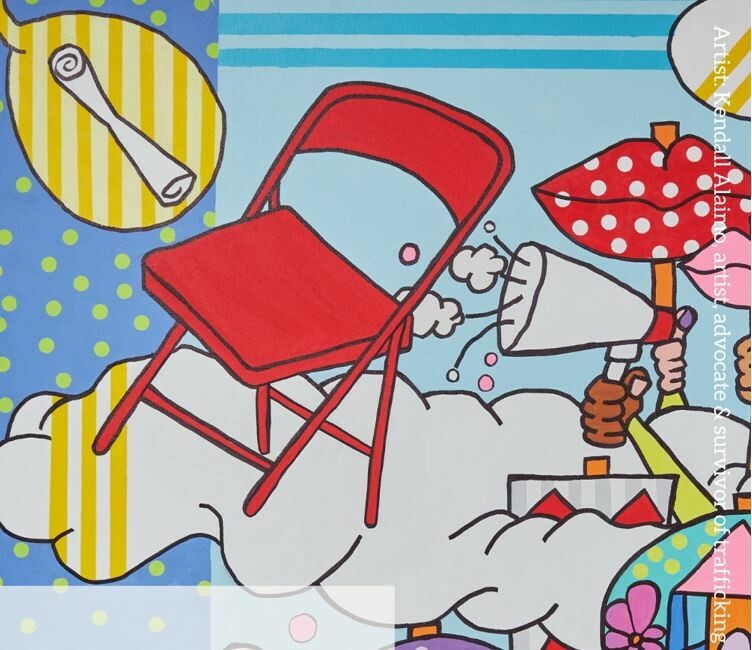 Dr Silvie Bovarnick is a Research Fellow at the University of Bedfordshire’s Safer Young Lives Research Centre. She has a background in human rights and has studied violence and abuse issues in the UK and across international contexts for over 20 years. Having previously served as a Senior Research Officer at the NSPCC and Research Associate at the Department of Health, much of her work on sexual violence and child trafficking has straddled research, policy and practice. Silvie’s recent projects focus on the ethical involvement of affected young people in participatory research and advocacy.

In October, we hosted a webinar to share initial learning from the Small Steps Can Make a Big Difference youth participatory action research (YPAR) project. Starting in July 2020, Small Steps is a collaboration between the University of Bedfordshire’s Safer Young Lives Research Centre (SYLRC) and ‘Different & Equal’ in Albania, a specialist provider of support and reintegration services to victims of trafficking and abuse. The idea for Small Steps emerged from a previous joint participatory project - Our Voices Too - that supported three groups of young people with lived experience in Albania, Moldova and Serbia in developing youth-led advocacy on sexual violence. While all three groups identified problematic professional responses to young victims as the most salient issue in their local contexts, the ‘youth advocates’ in Albania foregrounded police responses as the key problem they wanted to address. After the project ended, there was a strong appetite to take the work further.

Over the past decade, the concept of ‘child-friendly justice’ has gained traction in many justice systems across Europe and beyond (Liefaard 2020). Policy discourses increasingly recognise that we need to consider and accommodate the special vulnerabilities and additional needs of young people in the context of criminal investigations and court proceedings. At the same time, young people affected by crimes relating to trafficking and sexual violence often report negative experiences in their encounters with the criminal justice system (Surtees and Johnson 2021; Beckett and Warrington 2015). However, in Albania, like in many other places around the world, these experiences are rarely systematically documented. If we want to turn child-friendly justice into a reality, gathering evidence that captures the real-life experiences of young people affected by these crimes is critical for holding criminal justice systems accountable. We need to get better at involving young people with lived experience in processes of knowledge production on issues affecting them. In this context, I define ‘youth participation’ in research as providing young people with a) real scope for decision-making, and b) relevant knowledge, training and support to make a meaningful contribution.

"Beneath the glossy and aspirational

are often mired in complex dynamics

of sharing power and control."

The missing perspectives of young people on criminal justice responses is reflected more widely in the field of sexual violence research where young people with lived experience are rarely given opportunities to (co-)produce evidence on issues affecting them. To date, much of young people’s engagement in sexual violence research has been consultative or collaborative rather than youth-led (Bovarnick et al 2018). Youth-led initiatives are predicated on young people having real opportunities to influence decisions. However, opportunities for young people to steer processes of knowledge creation may be constrained by a number of factors including ageist biases that underestimate their competence and maturity. Meaningful youth participation is premised on a genuine willingness to listen to, and engage with, what young people have to say.

Highly participatory research initiatives may also be hampered by structural and resource constraints or a lack of skilled practitioners who can facilitate such processes meaningfully and safely. YPAR is time- and resource-intensive; it requires thoughtful planning and a high degree of flexibility. Getting to the stage where young people with no formal research training or prior experience can meaningfully contribute and lead research projects demands a lot of groundwork, capacity building and investment. To be taken seriously and have impact, young people need to be equipped with the necessary knowledge and skills to produce evidence that can withstand professional scrutiny.

Despite these barriers, YPAR approaches can be a powerful conduit for transgenerational research collaborations between adult (professional) and young (participant) researchers. Aligning with tenets of other PAR approaches, YPAR seeks to ‘empower’ those who have traditionally been ‘subjects’ of research in efforts to address power imbalances that typically characterise processes of knowledge creation. In the words of Jonathan London, YPAR:

"... pushes PAR to include age as an identifier that should not serve to deny the legitimacy to speak one’s own truth. PAR offers the opportunity for young people to speak the world as they see it, to envision the world as they desire it, and then to take action to make these visions a reality." (London, 2007: 408).

Informed by YPAR methods and principles, Small Steps seeks to contribute to the shift of researching ‘with’ rather than ‘on’ young people by piloting safe ways to facilitate youth-led research on an advocacy issue identified by young people during Our Voices Too. To this end, Small Steps recruited six young women aged 17-26 who are currently supported by Different & Equal with the aim of capacitating them to become young researchers. Since January 2021, the young researchers have met for weekly training sessions during which they have designed their own research project with the support of a professional researcher, the project coordinator and two local facilitators. It’s been far from a perfect process but we have learnt a few useful lessons along the way.

The first lesson is to create as many spaces as possible for young people to have the final say on key aspects and stages of the research. Beneath the glossy and aspirational rhetoric of ‘participation’, YPAR processes are often mired in complex dynamics of sharing power and control. Such processes require expert facilitation. Creating regular reflective spaces during which we jointly, with the young researchers, explore the ethical and resource-implications of decisions regarding the planned work, continues to be a critical part of our approach. When the young researchers’ ideas are at odds with what we as ‘professional’ project staff think is feasible within the scope of a relatively small pilot project, it has been helpful to stop and think about how to accommodate the young researchers’ plans. Sometimes, this involves letting go of our own (perhaps unconscious) preconceived notions of what the project should be. A problem-solving attitude, mutual respect, and open communication are powerful enablers. We have come to realise that it is not always necessary for young people to step back from their visions if we can think of creative ways to support their goals, even if this requires more effort on our part or additional time and resources.

For example, the young researchers chose an ambitious research design. They felt strongly that they wanted to engage other service users as research participants through a face-to-face survey to gather more evidence on criminal justice responses. This decision had significant time and resource-implications, such as requiring a new ethics application, development of bespoke training materials, risk assessments, and additional safeguarding measures. At the same time, we found the young researchers’ reasons for choosing this particular research design compelling: young people affected by sexual violence are often not believed. There is strength in numbers. The young researchers wanted to reach out to a wider constituency of young survivors to be able to say: ‘Yes, this is really the situation. This is true, believe us!’ Garnering a ‘critical mass’ of voices felt important given that many young people encounter victim-blaming attitudes across the criminal justice system.

"It is not always necessary for young people

to step back from their visions

if we can think of creative ways

to support their goals."

The young researchers have come a long way since they joined the project in January. With the support of highly trained facilitators, they have acquired a wide range of new skills, knowledge, and confidence including:

Facilitating youth-led research on a highly sensitive topic has not been without its challenges. However, strong partnerships underpinned by an ethos of trauma-informed practice and a shared understanding of ethical participation has enabled us to overcome many of those we encountered along the way. Particularly if projects are youth-led, it is helpful if funding bodies appreciate that changes will occur as the work and participants evolve and are willing to provide additional time or resources to support young people on this journey. Taking stock of the young researchers’ achievements to date demonstrates the merits of such investments. Small Steps is not just about investing in young people’s voices; it’s an investment in young people. It’s about capacitating young people to become effective agents for change.

As we are embarking on the next exciting stage of the project - translating the research findings into actions - the young researchers are ready to leave their mark. They are determined to turn the justice system in Albania into a friendlier and more supportive one for young victims of trafficking and sexual violence. They will come armed with evidence reflecting young people’s real-life experiences that ‘speak the world as they see it’ (London 2007: 408).